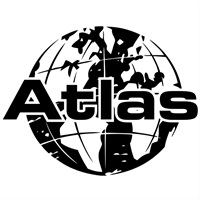 Jerry Jacobs is the founder of Atlas Capital Management and President of the firm. He oversees the Atlas investment strategies and money management decisions. For 23 years prior to founding Atlas in 1993, Mr. Jacobs was a registered investment executive with major Wall Street investment firms, where he supervised and managed a variety of individual and institutional accounts. A graduate of Ball State University and the Investment Institute, Mr. Jacobs holds the designations of Certified Financial Planner and Certified Portfolio Manager.

Jerry competes nationally in the Fastest Growing Equestrian Sport in the Nation-- Cowboy Mounted Shooting. This is a fast, action timed event where the rider uses single action revolvers and lever action rifles at balloon targets in various patterns while riding a horse at full speed in the arena.  He has won multiple State, National and World competitions.  He also trains and shows Paso Fino horses and has won numerous competitions at the National Paso Fino show.  Should time permit he also might be found golfing or hunting.